In September 1939, housewife and mother Nella Last began a diary whose entries, in their regularity, length and quality, have created a record of the Second World War which is powerful, fascinating and unique. When war broke out, Nella's younger son joined the army while the rest of the family tried to adapt to civilian life. Writing each day for the "Mass Observation" project, Nella, a middle-aged housewife from the bombed town of Barrow, shows what people really felt during this time. This was the period in which she turned 50, saw her children leave home, and reviewed her life and her marriage – which she eventually compares to slavery. Her growing confidence as a result of her war work makes this a moving (though often comic) testimony, which, covering sex, death and fear of invasion, provides a new, unglamorised, female perspective on the war years.'Next to being a mother, I'd have loved to write books.' Oct 8, 1939 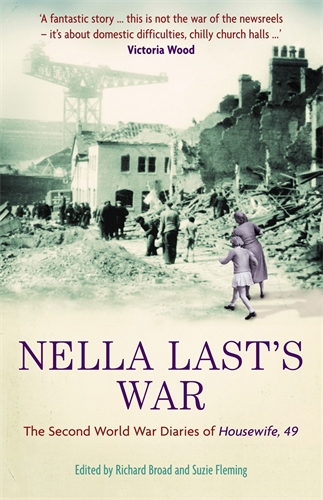