Ritual is the oldest, and certainly the most enigmatic, thread in the history of human culture. And it presents a profound paradox: people ascribe the utmost importance to their rituals, but few can explain why they are so important. Apparently pointless ceremonies pervade every documented society, from handshakes to hexes, hazings to parades. Before we ever learned to farm, we were gathering in giant stone temples to perform elaborate rites and ceremonies. And yet, though rituals exist in every culture and can persist nearly unchanged for centuries, their logic has remained a mystery – until now.

In Ritual, pioneering scientist Dimitris Xygalatas leads us on an enlightening tour through this shadowy realm of human behaviour. Armed with cutting-edge technology and drawing on discoveries from a huge range of disciplines, he presents a powerful new perspective on our place in the world. In coronations, in silent prayer, in fire-walks and terrifying rites of passage, in all the bewildering variety of human life, Ritual reveals the deep and subtle mechanisms that bind us together. 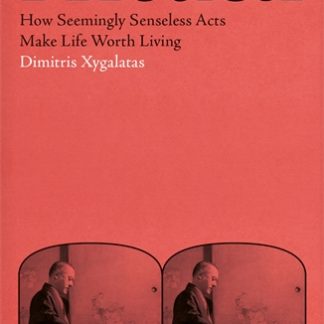