'Wise and thorough' The Spectator

'A scholarly yet highly readable gallop through the last 1000 years of Russian history … To understand this tormented nation, you can do no better than read this illuminating portrait' Jonathan Dimbleby

Russia is the largest country in the world, with the largest arsenal of nuclear weapons. Over a thousand years this multifaceted nation of shifting borders has been known as Rus, Muscovy, the Russian Empire, and the Soviet Union. Thirty years ago it was reinvented as the Russian Federation.

Russia is not an enigma, but its past is violent, tragic, sometimes glorious, and certainly complicated. Like the rest of us, the Russians constantly rewrite their history. They too omit episodes of national disgrace in favour of patriotic anecdotes, sometimes more rooted in myth than reality.

Expert and former ambassador Rodric Braithwaite unpicks fact from fiction to discover what lies at the root of the Russian story. 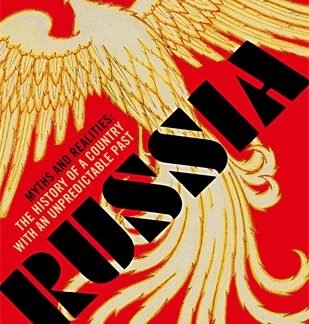