This is a book about social values in an information age.

Just as the Industrial Revolution brought about momentous changes in society's moral values, there has been a similar Great Disruption during the last half of the twentieth century.

In the last 50 years the developed world has made the shift from industrial to information society; knowledge has replaced mass production as the basis for wealth, power and social intercourse. This change, for all its benefits, has led to increasing crime, massive changes is fertility and family structure, decreasing levels of trust and the triumph of individualism over community.

But Fukuyama claims that a new social order is already under construction. This he maintains, cannot be imposed by governments or organised religion. Instead he argues that human beings are biologically driven to establish moral values, and have unique capabilities for reasoning their over the long run to spontaneous order. 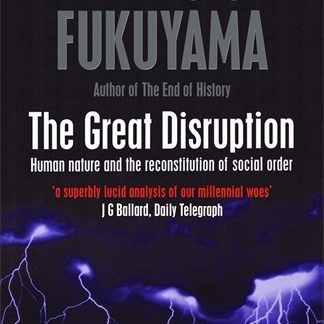