This January saw the 200 year anniversary of Frankenstein, the great Romantic and Gothic work by Mary Shelley that has been replicated and adapted in books and on screen and stage countless times since its initial publication.

In Fiona Sampson’s new biography we get to know the woman behind the book. Using diaries, letters and records, Fiona Sampson pieces together a woman who not only wrote one of the landmark works of the 19th century, but who survived emotional hardships with grace and stoicism, a woman with a keen intellect who strove to better herself academically despite setbacks and societal limitations, a woman who worked hard to keep her family together, even after losing children and her husband. 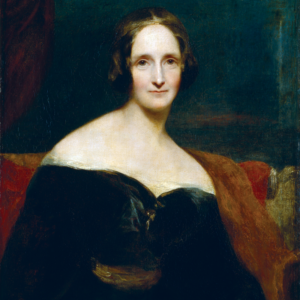 2. Mary Shelley is said to have lost her virginity on her mother’s grave (described by one social media user as the most ‘goth’ thing ever).

3. Her mother’s grave was handy for something a bit more above board: Mary Shelley learned to write her name by tracing the letters on the headstone.

4. At 16, she eloped to France with the poet Percy Bysshe Shelley, despite the fact that he was already married.

6. … After being challenged by Lord Byron to write a ghost story during a summer stay in Switzerland.

7. Frankenstein was published anonymously in 1818, with Mary’s name only added to the book 5 years later in 1823.

8.  At the time no-one thought a woman had written Frankenstein. There are still copies where Percy Shelley is referred to as the author.

9. In 1827, Mary helped two female friends to escape to France disguised as a married couple.

10. After her husband’s death, Mary Shelley kept his heart in a silk purse in her desk drawer (the second most goth thing ever?).

11. Mary went on to write another six novels, plays, stories and poems, a second travel book and dozens of biographies.

Buy your copy of In Search of Mary Shelley: The Girl Who Wrote Frankenstein

Join us on Twitter @profilebooks to celebrate #MaryShelley and #Frankenstein200 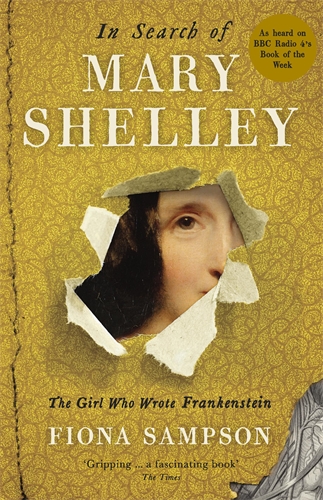 In Search of Mary Shelley: The Girl Who Wrote Frankenstein