A Q&A with Mark Solms, author of The Hidden Spring 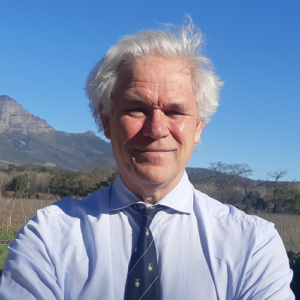 How does the mind connect to the body? Why does it feel like something to be us? Solving the question of consciousness has been an eternal quest for science. Now at last, the man who discovered the brain mechanism for dreaming appears to have made a breakthrough.

The very idea that a solution is at hand may seem outrageous. Isn’t consciousness intangible, 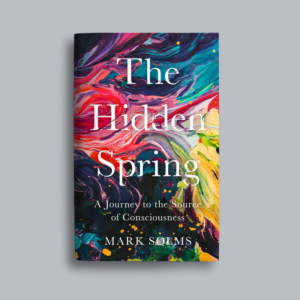 beyond the reach of science? Yet Mark Solms shows how previous failures of science have concealed its true nature. Stick to the medical facts, listen to the eerie testimony of hundreds of neurosurgery patients, and with the author, you’ll begin to understand the truth – and it might just lie in the most ancient part of the brain – or The Hidden Spring.

Through a combination of neuroscience, philosophy, psychology and the real, lived experiences of people, The Hidden Spring will forever alter how you understand your own experience. There is a secret buried in the brain’s ancient foundations. This book shows how, if we bring it into the light, we can finally fathom ourselves.

A Q&A with Mark Solms and his editor, Ed Lake

Ed Lake: How did you decide to start researching the nature of consciousness?

Mark Solms: When I was a small child, my brother suffered a serious brain injury. Watching him struggle, I felt panicky and despairing about my own mortality and eventually I became nihilistic: what’s the point of doing anything if, in the end, I am going die and disappear forever, no matter what I do? As I matured intellectually, this led me to conclude that the only thing worth doing is to try to understand what ‘being’ is. In other words, it drove me to try to explain subjectivity, objectively.

EL: Was there a moment when you realised that you were on a track that was leading you somewhere really new? What was it?

MS: I knew I was on a promising new track when I realised that visual perception was the wrong model example of consciousness, since vision is not an inherently conscious process, and that affect (feeling) is a far better model, since feelings are inherently conscious. But when I knew I was going somewhere really, really new was when I realised that, since affect is a form of homeostasis, and homeostasis has a rather simple mechanism, consciousness must be explicable mechanistically. In retrospect this seems obvious; since consciousness evolved long after the birth of the universe, it must be explicable in terms of some physical process that preceded the dawn of consciousness.

EL: What are the main things that experts have been getting wrong about consciousness?

MS: (1) That visual perception is a good model example of consciousness. (2) That consciousness is generated in the cortex. (3) That the ‘level’ of consciousness (i.e., ‘arousal’ or ‘wakefulness’) is devoid of any quality and content. (4) That we can understand how and why consciousness arose while taking its most complex form (viz., human cognition) as our starting point.

EL: And what do you think laypeople will find most surprising about your theory?

MS: That consciousness is generated in the brainstem and, accordingly, that its fundamental form is quite a simple biological phenomenon (raw feeling) which has almost nothing to do with intelligence. They will also be surprised to learn that the fundamental consciousness-generating machinery of the human brain is identical to that of fishes. Probably the most surprising implication of my theory, however, is the prospect that this fundamental form (raw feeling) is artificially engineerable.

EL: How do you think the world needs to change if your ideas are correct?

MS: The world needs to prepare itself for the imminent engineering of artificial consciousness. It needs to take seriously the dangers and ethical implications of this, and also of the fact that almost all the animals we slaughter on an industrial scale for culinary purposes are sentient, feeling beings.