Being a Human: read the opening 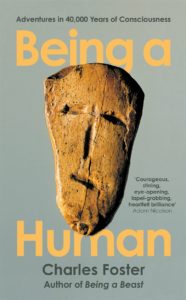 What kind of creature is a human? If we don’t know what we are, how can we know how to act? In Being a Human Charles Foster sets out to understand what a human is, inhabiting the sensory worlds of humans at three pivotal moments in our history.

Foster begins his quest in a wood in Derbyshire with his son, shivering, starving and hunting, trying to find a way of experiencing the world that recognises the deep expanse of time when we understood ourselves as hunter-gatherers, indivisible from the non-human world, and when modern consciousness was first ignited. From there he travels to the Neolithic, when we tamed animals, plants and ourselves, to a way of being defined by walls, fences, farms, sky gods and slaughterhouses, and finally to the rarefied world of the Enlightenment, when we decided that the universe was a machine and we were soulless cogs within it.

Few of us have any idea what sort of creatures we are.

It matters urgently to me because, despite what my children tell me, I am a human. I thought that if I knew where I came from, that might shed some light on what I am.

The first of those times is the early Upper Palaeolithic (from around 35,000–40,000 years ago), when ‘behavioural modernity’ appeared. This is a confusing label. As we will see, today’s humans behave (even if they don’t think or feel) in a dramatically different way from Upper Palaeolithic hunter–gatherers. Just what is meant by ‘behavioural modernity’, and where it evolved, are bitterly contentious, but the arguments don’t matter for my purposes.

Hunter–gatherers were – and the few that survive often are – wanderers, intimately, reverently and often ecstatically connected to lots of land and many species. They lived long and relatively disease-free lives, and there is little evidence of human–human violence. For most, settlement wasn’t an option, and even if it had been, it would have been unappealing. Why chew on rusk all your life when you can graze from a vast, succulent and ever-changing buffet?

It was unusual to own much more than a flint knife or a caribou-scrotum pouch. If you knew as much as humans then did about the transience of things, it was ridiculous to assert ownership: the world isn’t the sort of place that can be owned, and they (unlike us) thought that humans shouldn’t behave in a way inconsistent with the way the world is.

It was a time of leisure. You can’t hunt or gather all day and all night. And so, I think, it was a time of reflection, of story, of trying to make sense of things. The earliest human art, on the cave walls of southern Europe, is among the best there has ever been. It is also the most allusive and elusive.

To those who might suggest that this is romantic noble savagery, for the moment I’ll just say that I don’t see that the allegation ‘Romantic’ needs a defence. ‘Romantic’ isn’t a term of abuse. Quite the opposite. Romantics just take more data into account in construing the world than do their opponents. 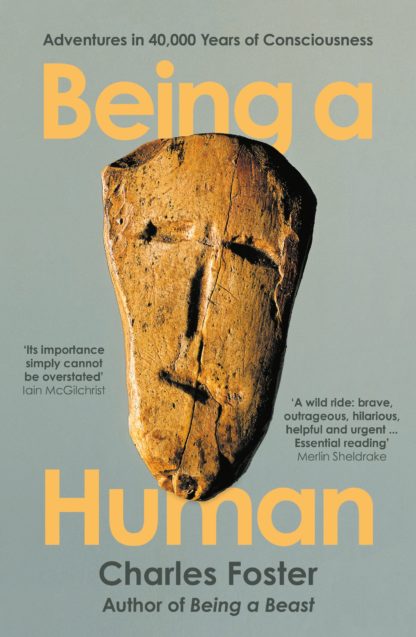 A radical work of nature writing and philosophical enquiry, resituating us in our real human skins.