Anne Sinclair is Paul Rosenberg's granddaughter and France's best-known journalist. For thirteen years she was the host of 7 sur 7, a weekly news and politics TV series that had some of the highest viewing figures in France. While there she interviewed all the major global figures of the day, including Bill Clinton, Mikhail Gorbachev and Madonna. Director of French Huffington Post, Sinclair has written two bestselling books on politics. She sat as the model for the face of Marianne, the national emblem of France whose bust sits in every town hall in France.
My Grandfather's Gallery: France's greatest art dealer and his escape from the Nazis tells the story of Anne Sinclair's grandfather, a fêted member of the Parisian art scene and a friend to the greatest artists of the century, who had to leave France – and his Paris art gallery – during the second world war. 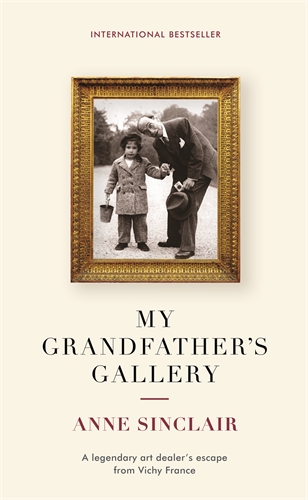