Charles Leadbeater is one the world's leading authorities on innovation and creativity in organisations. He has advised companies, cities and governments around the world, from the BBC and RSC to Vodafone and Microsoft, has won the prestigious David Watt prize for journalism and in 2005 was ranked by Accenture as one of the top management thinkers in the world. His previous books include Living on Thin Air and Up the Down Escalator. Time magazine highlighted his work in its 2006 review of ideas that could shape the coming decade. 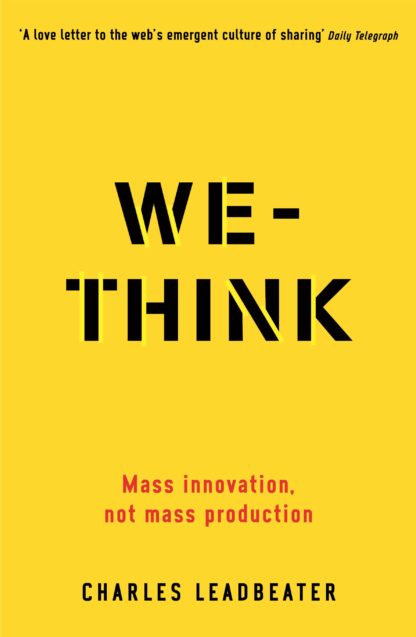