Charles Seife, a professor of journalism at NYU's Arthur L. Carter Journalism Institute, has been writing about physics and mathematics for two decades. He is the author of six books, Zero: The Biography of a Dangerous Idea, which won a PEN/Martha Albrand Award; Alpha & Omega: The Search for the Beginning and End of the Universe</i>; Decoding the Universe: How the New Science of Information is Explaining Everything in the Cosmos, From Our Brains to Black Holes</i>; Sun in a Bottle: The Strange History of Fusion and the Science of Wishful Thinking, which won the 2009 Davis Prize from the History of Science Society; Proofiness: The Dark Arts of Mathematical Deception</i>; and Virtual Unreality: Just Because the Internet Told You So, How Do You Know It's True? Seife holds an A.B. in mathematics from Princeton University, an M.S. in mathematics from Yale University, and an M.S. in journalism from Columbia University. He lives in New York City with his wife, Meridith, and his children, Eliza and Daniel. 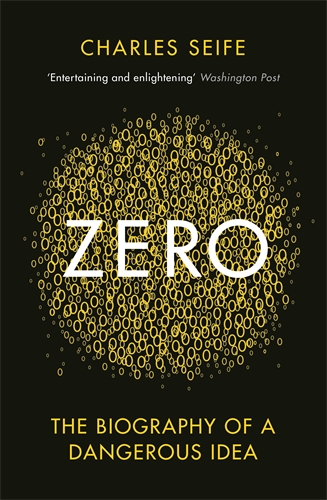 A NEW YORK TIMES Notable Book on a perennially fascinating subject: the idea of ZERO