Chris Hirst has spent over a decade in CEO positions, including as Global CEO for Havas Creative Network. Once an engineering graduate working in a glass factory, his career path has taken him to the boardroom via Harvard Business School. Named in 2018's Evening Standard Power 1000 list and ranked one of the industry's most influential CEOs, Chris is a regular commentator in national press including BBC News, The Politics Show, Evening Standard, CNBC, Financial Times and Sky News. He also hosts the Intelligence Squared No Bullsh*t Leadership podcast. His book No Bullsh*t Leadership won Best Business Book of the Year 2020: Leadership for the Future. Follow him on Twitter @chrishirst. 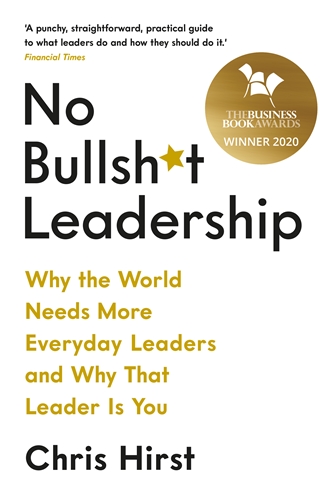 A practical guide to getting shit done, everyday: no jargon, no guff, no unworkable theories