Cliff Cunningham started out his career as a teacher and then trained as a Psychologist; since 1969 he worked as a researcher with children and adults with Down's syndrome. His main area of research was early intervention and child development but he also touched upon research investigations into thyroid dysfunction, atlanto-axial dislocation, menstruation, mental health in adults with Down's syndrome and many more.

Cliff wrote a seminal book in 1982 (revised 2006) for parents of children with Down's syndrome, Down Syndrome – An Introduction for Parents and Carers, at a time when there was very little positive and factual information available. The book is informed by the author's many years' involvement with a study of over 160 children with Down's syndrome whose progress he charted into adulthood.

He was a long serving adviser to the UK Down's Syndrome Association and received an award from DSA for his work in the area.

Cliff received an award from the DSA for his long service to Down's syndrome as part of our 40th year celebrations. He will be sadly missed. 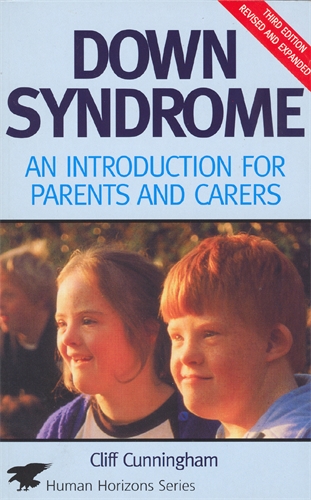 The definitive book on Down Syndrome in children.