Elie Wiesel was born in 1928 in the town of Sighet, now part of Romania. During World War II, he, with his family and other Jews from the area, were deported to the German concentration camps, where his parents and younger sister perished. Wiesel and his two older sisters survived. Liberated from Buchenwald in 1945 by advancing Allied troops, he was taken to Paris where he studied at the Sorbonne and worked as a journalist.
In 1958, he published his first book, La Nuit, a memoir of his experiences in the concentration camps. He has since authored nearly thirty books, some of which use these events as their basic material. In his many lectures, Wiesel has concerned himself with the situation of the Jews and other groups who have suffered persecution and death because of their religion, race or national origin. He has been outspoken on the plight of Soviet Jewry, on Ethiopian Jewry and on behalf of the State of Israel today.
Wiesel made his home in New York City, and became a United States citizen. He was a visiting scholar at Yale University, a Distinguished Professor of Judaic Studies at the City College of New York, and Andrew W. Mellon Professor in the Humanities at Boston University where he taught 'Literature of Memory.' Chairman of the United States Holocaust Memorial Council from 1980 – 1986, Wiesel served on numerous boards of trustees and advisors. He died in 2016. 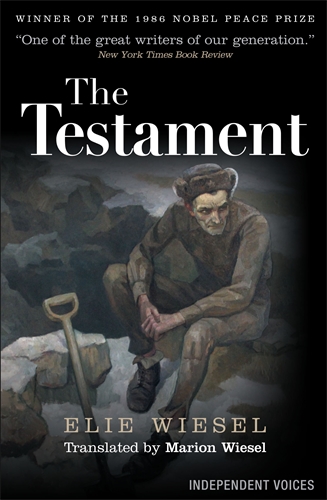 Winner of the 1986 Nobel Peace Prize