Eliza Manningham-Buller joined MI5 in 1974. During her career she worked to counter the full range of security threats facing the UK, her main focus being counterterrorism. She led the section responsible for investigating international terrorism at the time of the Lockerbie bombing. Later she was posted to Washington as the senior liaison officer from MI5 to the US intelligence community, a period that coincided with the first Gulf War in 1991. On her return to London the following year she established and led a new section responsible for countering Irish terrorism on the British mainland.
Manningham-Buller was promoted to the MI5 management board in 1993. She was appointed Deputy Director-General in 1997. She became Director-General in 2002 and led MI5 through major changes in the wake of 9/11 while dealing with a greatly increased terrorist threat. Under her leadership the service nearly doubled in size and opened a network of new offices around the UK.
She retired in 2007, after thirty-three years at MI5. She now sits on the crossbenches in the House of Lords where she is a member of the Joint Committee on the National Security Strategy and the Privileges and Conduct Committee. She chairs the Sub-Committee on Lord's Conduct. She is also Chair of the Council of Imperial College and a Governor of the Wellcome Trust. 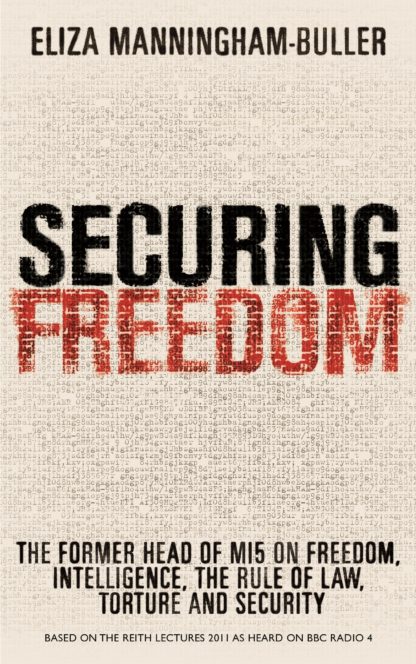 The former head of MI5 on freedom, intelligence, the rule of law, torture and security