James Nestor is an author and journalist who has written for Outside Magazine, Men's Journal, Scientific American, National Public Radio, The New York Times, Dwell Magazine, The San Francisco Chronicle, and more. His book, DEEP: Freediving, renegade science, and what the ocean tells us about ourselves was released in the United States and UK in June 2014.
DEEP was a BBC Book of the Week, a PEN American Center Best Sports Book of the Year, an Amazon Best Science Book of 2014, BuzzFeed 19 Best Nonfiction Books of 2014, ArtForum Top 10 Book of 2014, New York Times Book Review Editor's Choice, Scientific American Recommended Read, Christian Science Monitor Editor's Pick, and more.

An inveterate adventurer, Nestor led a surfing expedition to Norway and Russia for Outside Magazine in 2009, in which he and his team became the first to ride the breaks of the Arctic Circle. More at http://mrjamesnestor.com. 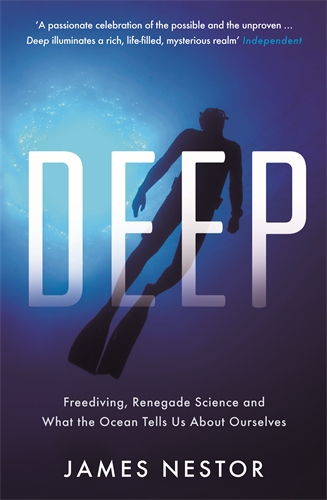 Jules Verne's Twenty Thousand Leagues under the Sea meets Born to Run and the cutting edge of popular science.