Jean Seaton is Professor of Media History at the University of Westminster and Director of the Orwell Prize for political writing and journalism. She has written widely on broadcasting history and politics of the media (especially the BBC), as well as on news, the ways in which wars and conflicts are covered, and children and the media. She has written about and helped form media policy. Her book with James Curran, Power Without Responsibility: the Press, Broadcasting and Internet in Britain (1981), has become an international classic and is in its 7th edition. Her most recent book is Carnage and the Media: How News about Violence is Made (2006). She is a regular broadcaster and an editor of The Political Quarterly. She has three sons and lives in London. 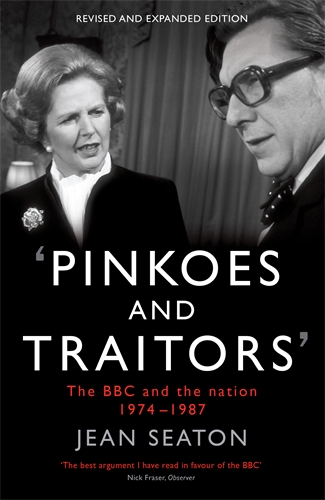