John Clellon Holmes (March 12, 1926 – March 30, 1988) was an American author, poet and professor, best known for his 1952 novel Go. Considered the first 'Beat' novel, Go depicted events in his life with his friends Jack Kerouac, Neal Cassady and Allen Ginsberg. He was often referred to as the 'quiet Beat' and was one of Kerouac's closest friends. Holmes also wrote what is considered the definitive jazz novel of the Beat Generation, The Horn. 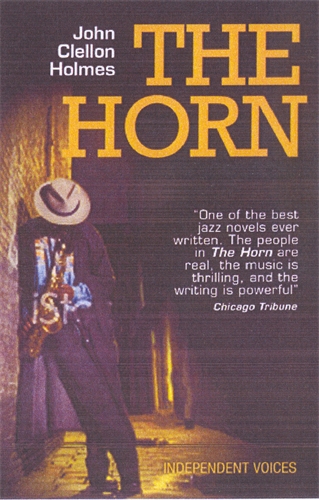 One of the best jazz novels ever written, by John Clellon Holmes, a figure in the Beat literary movement of the mid 20th century.