John O'Connell lived on spaghetti bolognese and Birds Eye Steakhouse Grills until the mid 1990s, when he moved to London and discovered that, actually, there was a lot of other food out there and maybe it would be a good idea to try some of it? He worked for many years at the listings magazine Time Out, where somehow he persuaded the editor to buy a whole cow so that he could chronicle, in a weekly column, the experience of butchering and cooking it. He was made redundant shortly afterwards. He is the author of several books including I Told You I Was Ill: Adventures in Hypochondria and the novella The Baskerville Legacy. He writes regularly for The Times and Guardian and lives in south London. His favourite spice is cumin. 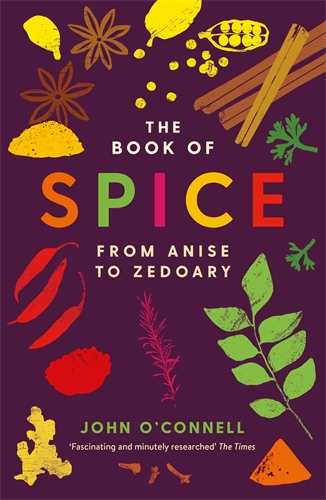 The Book of Spice

A compendium of spices: the history and uses of the world's favourite flavours. Now available in paperback