John von Sothen is an American writer living in Paris, where he works for Vanity Fair, Esquire and other magazines, does voice-overs for French luxury brands, and occasionally performs stand-up comedy (in French and English!). He lives with his actress wife Anäis, their children Bibi and Otho, and their dog Bogart, who has recently become a rom-com film star. 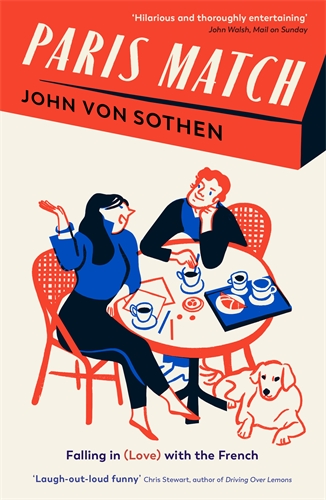 How to become Parisian – a genuine, laugh-out-loud tale of French life