Jonathan Dimbleby is a writer, broadcaster and film-maker. He presents Any Questions? and Any Answers? for BBC Radio 4 and presented ITV's flagship weekly political program This Week for over ten years. In 2008 his five part series on Russia was broadcast by BBC 2 accompanied by his book, Russia – A Journey to the Heart of a Land and its People; other books include Charles: the Private Man, The Public Face and The Last Governor. His 2010 seriesAn African Journey and 2011 series A South American Journey were both broadcast on BBC2. In addition to his Presidency of VSO, he is Chair of Index on Censorship and a Trustee of Dimbleby Cancer Care. 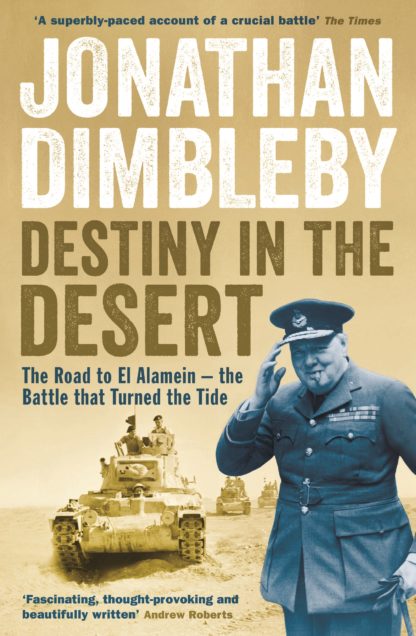 Destiny in the Desert

A unique history of the road to El Alamein – and how the bloody battle that followed decided the outcome of the Second World War. A perfect gift for F…