Ken Bensinger has worked at the Wall Street Journal, Los Angeles Times, and, since 2014, for BuzzFeed News as a member of the investigations team. Among other topics, he has written about sport, business, immigration, art and politics. Bensinger has twice won the Gerald Loeb Award for Distinguished Finance & Business Reporting, has also won the ASME National Magazine Award, and was a finalist for the Pulitzer Prize. He grew up in Seattle, graduated from Duke University and lives in Los Angeles with his family. Red Card, his first book, was named the Telegraph's 2019 Football Book of the Year. 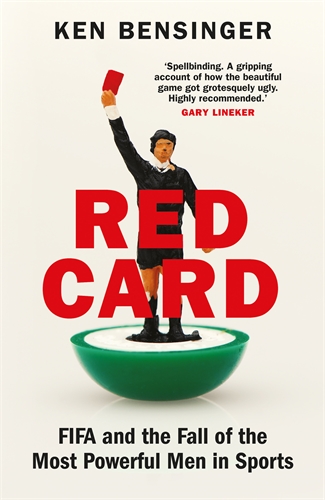 The full story behind the FIFA's headline-grabbing corruption scandal