Leopold Samuel Marks, MBE (24 September 1920 – 15 January 2001) was an English writer, screenwriter, and cryptographer. During the Second World War he headed the codes office supporting resistance agents in occupied Europe for the secret Special Operations Executive organisation. After the war, Marks became a playwright and screenwriter, writing scripts that frequently utilised his war-time cryptographic experiences. He wrote the script for Peeping Tom, the controversial film directed by Michael Powell which had a disastrous effect on Powell's career, but was later described by Martin Scorsese as a masterpiece. In 1998, towards the end of his life, Marks published a personal history of his experiences during the war, Between Silk and Cyanide, which was critical of the leadership of SOE. 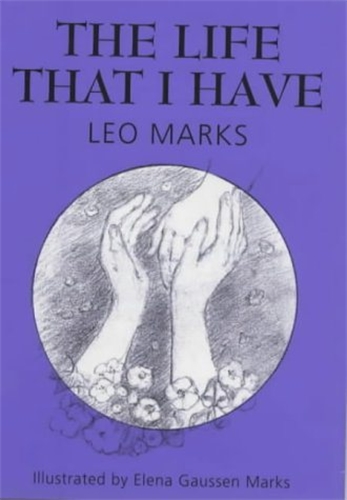 The Life That I Have

An illustrated gift book edition of one of the best loved poems in the English language.