Matthew Bishop, senior editor, The Economist Group, is an award-winning journalist and longtime writer. His roles at The Economist, which he joined as Economics Correspondent, have included Business Editor, Wall Street Editor, Globalisation Editor and New York Bureau Chief. He is the author of several books, including Philanthrocapitalism: How Giving Can Save the World (described as 'important' by President Bill Clinton) and The Road from Ruin, which set out an agenda for the reform of capitalism after the 2008 crash. He is a member of the World Economic Forum's Global Agenda Council on Global Governance. He was the Official Report author of the Taskforce on Social Impact Investment established by the governments of the G8, and a member of the Advisors Group of the UN International Year of Microcredit. He co-founded and advises the #givingtuesday campaign and the Social Progress Index. He is on Twitter as @mattbish 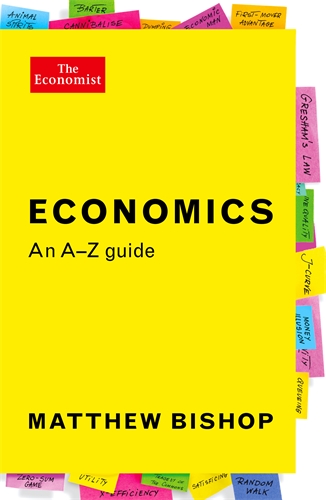