Max Ehrmann was born in Indiana, graduated from De Pauw University, going on to do graduate studies in law and philosophy at Harvard University. After practising law for several years he joined the family business, but retired ten yeas later to concentrate on writing. He died in 1945 and it was only in the late '60s that Desiderata became an cult poem for a new generation. 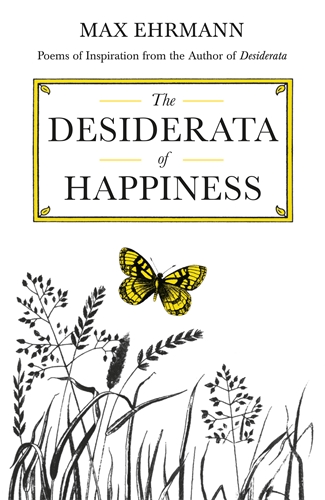 The Desiderata of Happiness