Randy Shilts saw himself as a literary journalist in the tradition of Norman Mailer and Truman Capote and was a pioneering voice in raising awareness of gay civil rights issues, as well as the AIDS crisis, and was awarded a Lifetime Achievement Award from the National Lesbian and Gay Journalists' Association in 1993. He found that he was HIV positive in 1987 and died in 1994. He also wrote The Mayor of Castro Street, a biography of Harvey Milk. 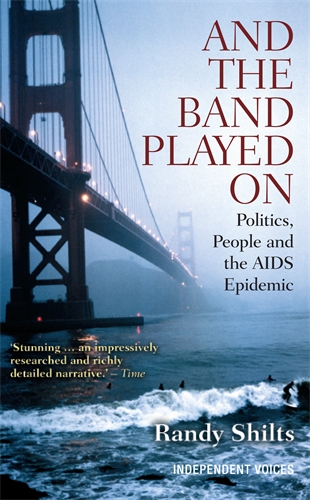 And the Band Played On

The classic journalistic masterpiece chronicling the AIDS crisis, and those who suffered because of it