Richard Davies is special economics advisor to the UK Chancellor of the Exchequer, George Osborne. He was previously Economics Editor of The Economist. Before joining the newspaper, he worked at the Bank of England, where he managed teams covering international economics and the financial sector. He was a lead author of the bank's Financial Stability Report, covering the stability of the banking sector. He also worked on secondment at the Bank of Canada in Ottawa. He began his career as a microeconomist, working for a private-sector consultancy, and then as a government antitrust economist at the UK Competition Commission. His academic research has been published in the Journal of Money, Credit and Banking and the Journal of Financial Stability, and he has held a lectureship at Lincoln College, Oxford, where he taught economics. 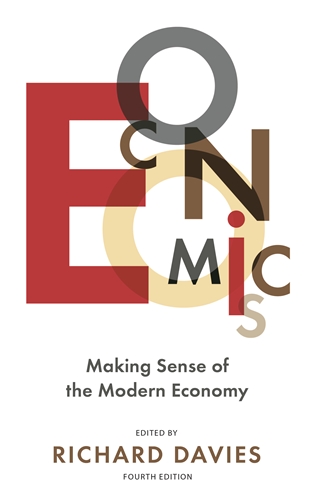