Rita graduated from Cambridge and began her career in advertising. She worked at Saatchi & Saatchi for 12 years, becoming Vice Chairman and Executive Planning Director in 1995.
In 1997 she joined Interbrand, the world's leading brand consultancy, as Chief Executive in London; in January 2002 she became Chairman. She is in demand as a speaker and media commentator on all areas of brands, reputation, sustainability, marketing and communications around the world. Her writing has included the book The Future of Brands, and The Economist book Brands and Branding.
She is a non-executive director of Dixons Retail plc and of Bupa, and also chairs Populus, the opinion pollster to The Times. She has been a member of the Government's Sustainable Development Commission and is on the Assurance and Advisory Board for BP's carbon-offset programme 'targetneutral'. In 2006, she was appointed Visiting Professor at Henley Business School, and as a trustee of WWF (Worldwide Fund for Nature) in 2007. She was made President of the Market Research Society in 2010, and her latest appointment is as Chairman of BTCV, the leading conservation volunteering and social enterprise group.
Last, but certainly not least, Rita has two teenage daughters. 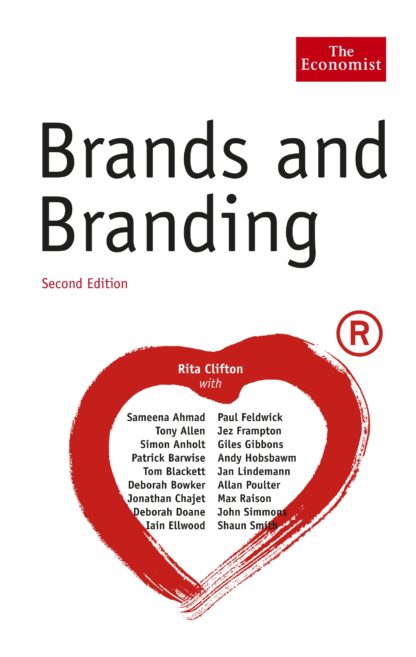 The Economist: Brands and Branding

The bestselling guide to the role of brands and brand building