Susan Southard's first book, Nagasaki: Life After Nuclear War (2015) received the Dayton Literary Peace Prize in Nonfiction and the J. Anthony Lukas Book Prize, sponsored by the Columbia School of Journalism and Harvard University's Nieman Foundation for Journalism, and was also named a best book of the year by the Washington Post, Economist, Kirkus Reviews, and the American Library Association. Nagasaki has been published in England, Spain, Denmark, China, Taiwan, and Japan, and excerpts of the book have appeared in journals around the world. Southard's work has also appeared in the New York Times, the Los Angeles Times, Politico, and Lapham's Quarterly. She holds an MFA in creative writing from Antioch University, Los Angeles, and was a nonfiction fellow at the Norman Mailer Center in Provincetown, Massachusetts.
Southard presents keynote addresses and lectures at international disarmament conferences, universities, and public forums across the United States and abroad. In 2016, she spoke before the United Nations on behalf of the International Campaign to Abolish Nuclear Weapons (ICAN), which won the 2017 Nobel Peace Prize.
Southard teaches graduate-level nonfiction seminars and has directed creative writing programs for incarcerated youth and at a federal prison for women outside Phoenix. She is the founder and artistic director of the Phoenix-based Essential Theatre, a professional company now in its 30th season serving marginalized communities across the Southwest. 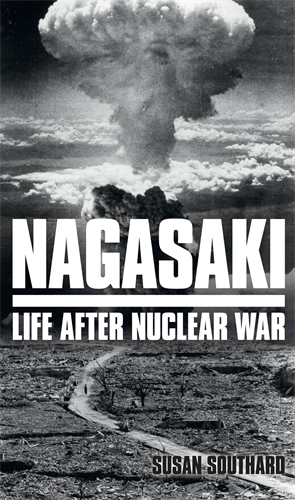 Chosen as one of the Washington Post's most notable nonfiction books of 2015, Nagasaki tells the neglected story of life after nuclear war