Tim Steer toured with Meat Loaf, Diana Ross, Cheap Trick, The Cars, The Small Faces, Leo Sayer and Thin Lizzy as a sound engineer, and managed Pink Floyd's sound and lighting system after the release of the The Wall. At the time it was one of the largest systems in the world. He then embarked on a new career, qualifying as a Chartered Accountant with Ernst & Young, and becoming a highly rated investment analyst with HSBC and then Merrill Lynch. In 2000 he joined fund managers New Star and subsequently Artemis, and was one of the top-ranked fund managers in the UK, being rated Triple A by Citywire. He has written regularly for the Sunday Times and Sunday Telegraph and featured in the 2018 Channel 4 Dispatches documentary on the collapse of Carillion. 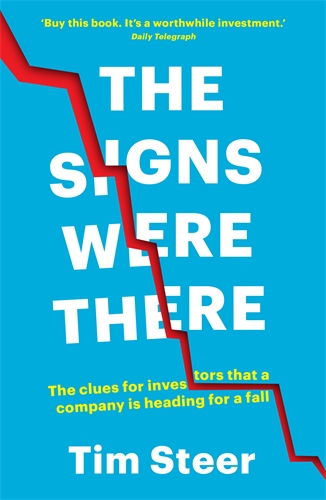 The Signs Were There

The stories, scandals and crucial insights behind stock market disasters – and how to avoid them