William Weir was born in 1933 and is the fourth generation of the family to have worked for the Weir Group. He succeeded his father as the third Viscount Weir in 1976. In 1999 he retired from the company having worked in a number of positions and served as chairman for 24 years. Educated at Eton and Trinity College, Cambridge, he joined Weir's in 1958 after National Service in the Royal Navy.

His other business appointments have included being a member of the Court of the Bank of England, chairman of Balfour Beatty and C. P. Ships Ltd, and a director of British Steel Corporation, the British Bank of the Middle East and Canadian Pacific Railway. He has also been president of BEAMA, the trade association for the electrical manufacturing industries, and a member of the House of Lords Select Committee on Monetary Policy.

He is married and lives in Ayrshire, and has three children.

In 1871 two brothers, George and James Weir, founded the engineering firm of G. & J. Weir, one of a booming range of industry on the west coast of… 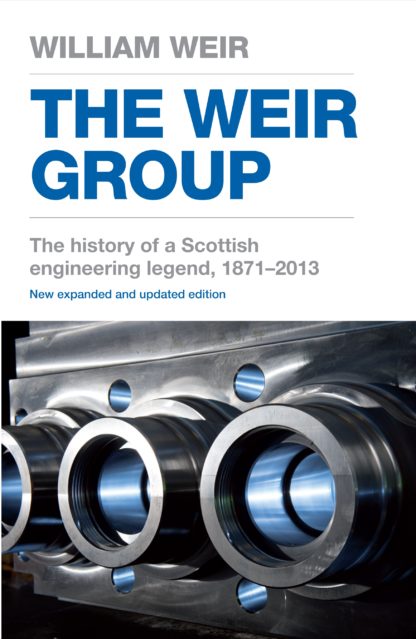 The classic account of an international engineering industry leader's development, from the Victorian era to the present day.