Zoe Cormier is the author of Sex, Drugs and Rock n' Roll: The Science of Hedonism and the Hedonism of Science, hand-picked by the Guardian as a must-read science book in 2014. A celebration of everyone's favourite unholy trinity, she explores how our supposedly "base" and "primitive" pursuits are actually crucial components of the human condition. As a journalist and science writer her work has featured in The Times, Wired, Nature, New Scientist, Guardian, Globe and Mail, BBC Focus and many other publications. She has appeared on BBC Radio 4's Start The Week, National Public Radio in the US, CBC Radio in Canada, Huffington Post Live from New York City, CTV's The Social, and on stage at music festivals, arts events and theatrical performances for over a decade. She is also a co-founder of Guerilla Science, an events production company that brings science-inspired events to the locations you least expect to see them. 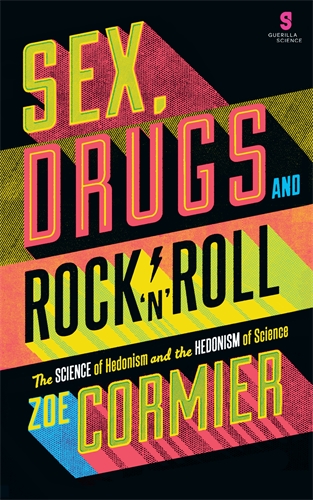 Sex, drugs and rock'n'roll as you've never seen them before – under the microscope.