A Cabinet of Philosophical Curiosities (B Format Paperback)

An entertaining miscellany of logical curiosities – from anecdotes and proofs to puzzles and puns – found outside the classroom.

If you want to learn how to conform to confound, raze hopes, succeed your successor, order absence in the absence of order, win by losing and think contrapositively, look no further. Here you can unlock the secrets of Plato's void, Wittgenstein's investigations, Schopenhauer's intelligence test, Voltaire's big bet, Russell's slip of the pen and lobster logic. Among your discoveries will be why the egg came before the chicken, what the dishwasher missed and just what it was that made Descartes disappear.

Experience the unbearable lightness of logical conclusions in Professor Sorensen's intriguing cabinet of riddles, problems, paradoxes, puzzles and the anomalies of human utterance. As you accompany him on investigations into the mysteries of truth, falsehood, reason and delusion, prepare to be surprised, enlightened, mystified and, above all, entertained. 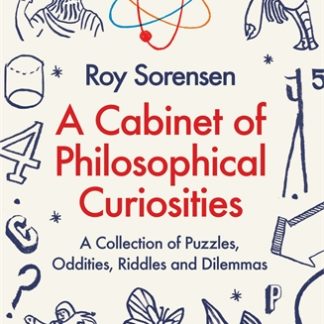 You're viewing: A Cabinet of Philosophical Curiosities (B Format Paperback) £9.99
Add to basket