From two hundred light years across the universe comes a message of terror.

Ten years from now, from the faraway constellation of Andromeda, a complex series of signals are collected which prove to be a programme for a giant computer. When the computer begins to relay the information it receives from Andromeda, scientists find themselves possessing knowledge previously unknown to man. Knowledge of such a nature that the security of human life itself is threatened.
Not surprisingly from this collaboration between one of the world's most highly regarded astro-physicists and a talented dramatist, A for Andromeda is both a work of scientific interest and a story of originality and excitement. Though it is many years since the original BBC TV version starring Julie Christie had viewers enthralled, it retains its power to stimulate a new generation of science fiction enthusiasts. 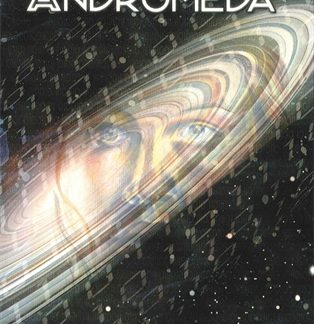