A View From The Foothills (B Format Paperback)

'It is said that failed politicians make the best diarists. In which case I am in with a chance.' Chris Mullin

Chris Mullin has been a Labour MP for twenty years, and despite his refusal to toe the party line – on issues like 90 days detention, for example – he has held several prominent posts. To the apoplexy of the whips, he was for a time the only person appointed to government who voted against the Iraq War. He also chaired the Home Affairs Select Committee and was a member of the Parliamentary Committee, giving him direct access to the court of Tony Blair.

Irreverent, wry and candid, Mullin's keen sense of the ridiculous allows him to give a far clearer insight into the workings of Government than other, more overtly successful politicians. He offers humorous and incisive takes on all aspects of political life: from the build-up to Iraq, to the scandalous sums of tax-payers' money spent on ministerial cars he didn't want to use. His critically acclaimed diary will entertain and amuse far beyond the political classes. 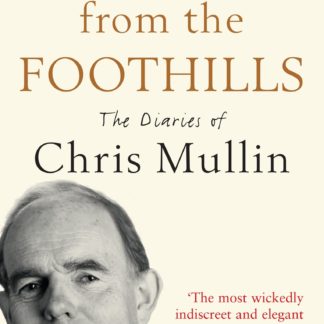 You're viewing: A View From The Foothills (B Format Paperback) £12.99
Add to basket