Adventures of a Ballad Hunter (Epub)

The autobiography of John A. Lomax, the folklorist who travelled around the United States collecting folk music and made recordings of legendary musicians from Lead Belly and Muddy Waters to Woody Guthrie, and became one of the major influences in popular music.

Adventures of a Ballad Hunter is Lomax's own memoir of an eventful life containing vibrant, often haunting, stories of the people he met and recorded, as well as the lyrics for dozens of songs. Lomax describes singers and musicians from Silver Jack and Big Bill Swanson to Lead Belly, he relates the stories behind some of the twentieth-century's most important songs, 'Home on the Range' and 'Goodnight Irene' to 'Rock Island Line' and 'In the Pines'. Discover his trip to Parchman Convict Farm where he first heard 'The Midnight Special' and the funeral home in South Carolina where he heard the spiritual classic 'Honey in the Rock'. Adventures of a Ballad Hunter is essential reading for all music fans-from folkies, alt-country to blues and roots music, as well as a perceptive portrait of America's history. 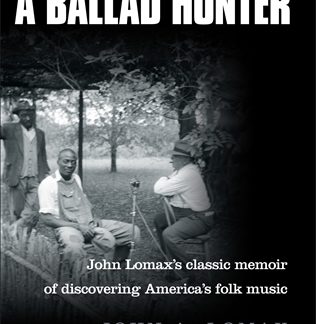 You're viewing: Adventures of a Ballad Hunter (Epub) £11.99
Add to basket