He is one of the most compelling of America's Founding Fathers, an orphan who came to America with little but ambition. He went on to become a General in the Revolutionary War, created the US's financial system and is immortalised on the $10 bill.

Hamilton's life is fascinating, and it can serve as an example to us all. For anyone interested in success, romance, money, honour or duelling Hamilton has worthwhile advice.

Combining biography and history with humour, this is advice that has survived for over three hundred years:

Lin Manuel Miranda's 'Hamilton The Musical' has received rave reviews all over the world, including from everyone's favourite US president Barack Obama. An accessible, entertaining biography, which also asks: how can Hamilton influence contemporary life? 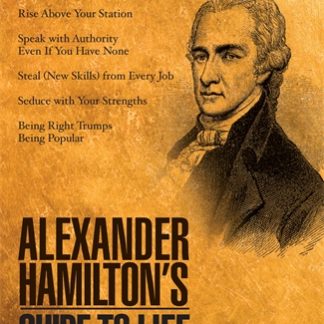 You're viewing: Alexander Hamilton's Guide to Life (B Format Paperback) £15.00
Add to basket