Alexis de Tocqueville, French aristocrat, liberal politician and writer of genius was the greatest of all modern political writers. His writings are ever more influential and hugely valuable for the study of French and American society during the Age of the Democratic Revolution

As the son of a noble family which was nearly wiped out in the Revolution and as an ambitious politician during the July Monarchy and the Second Republic, Alexis de Tocqueville had a front seat at the revolutionary drama of his time. In 1831 Tocqueville made the famous voyage to the United States which led to his masterpiece, Democracy in America, one of the most vital works in the history of democratic thought.

'One of the delights of this remarkable biography is to let its readers see the past as if it were the present, through the eyes of civilised Frenchmen like Tocqueville … A biography as humane, learned, humorous and perceptive as this extends our knowledge of ourselves and where we came from, as well as painting an incomparable portrait of one of the sharpest and most sympathetic writers of all time' Hilary Spurling, Observer

A magisterial book by an eminent scholar of both European and American history, this will stand as the standard biography of Tocqueville for years to come. 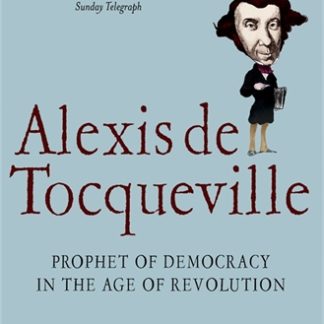