And the Band Played On (Epub)

The classic journalistic masterpiece chronicling the AIDS crisis, and those who suffered because of it

In 1981, the year when AIDS came to international attention, Randy Shilts was employed by the San Francisco Chronicle as the first openly gay journalist dealing with gay issues. He quickly devoted himself to reporting on the developing epidemic, trying to understand the cultural, medical and political impact of the disease on the gay community and United States society as a whole.

Extensively researched, weaving together personal stories with political and social reporting, And the Band Played On is a masterpiece of investigative reporting that led to Randy Shilts being described as "the pre-eminent chronicler of gay life" by The New York Times. Shilts exposed why AIDS was allowed to spread – while the medical and political authorities ignored (and even denied) the threat. It was awarded the Stonewall Book Award, became an international bestseller translated into 7 languages, and was made into a major movie in 1993 starring Richard Gere and Sir Ian McKellen.

And the Band Played On is one of the great works of contemporary journalism, and provides the foundation for the continuing debate about the greatest medical epidemic faced in our time. 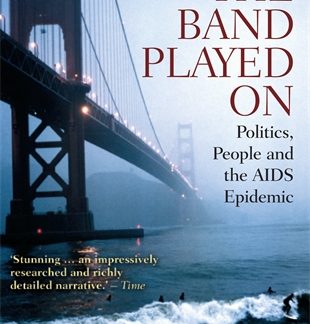