A miraculous memoir of escape, survival and art in wartime Europe

In 1943, hidden by the Resistance in a French convent, Moriz Scheyer began drafting an account of his wartime experiences: a tense, moving, at times almost miraculous story of flight and persecution in Austria and France.
As arts editor of Vienna's principal newspaper before the German annexation of Austria, Scheyer had known the city's great artists, including Stefan Zweig and Gustav Mahler, and was himself an important literary journalist. In this book he brings his distinctive critical and emotional voice to bear on his own extraordinary experiences: Vienna at the Anschluss; Paris immediately pre-war and under Nazi occupation; the 'Exodus'; two periods of incarceration in French concentration camps; contact with the Resistance; a failed attempt at escape to Switzerland; and a dramatic rescue followed by clandestine life in a mental asylum run by Franciscan nuns.
Completed in 1945, Scheyer's memoir is remarkable not just for the riveting events that it recounts, but as a near-unique survivor's perspective from that time. 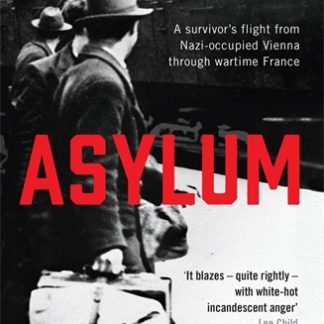