Butler to the World (B Format Paperback)

LONGLISTED FOR THE FINANCIAL TIMES BUSINESS BOOK OF THE YEAR 2022

A NEW STATESMAN BOOK OF THE YEAR 2022

THE SUNDAY TIMES BESTSELLER, NOW WITH A NEW INTRODUCTION ON BRITAIN'S RESPONSE TO THE UKRAINE CRISIS

AS SEEN ON LED BY DONKEYS

How did Britain become the servant of the world's most powerful and corrupt men?

In his Sunday Times-bestselling expose, Oliver Bullough reveals how the UK took up its position at the elbow of the worst people on Earth: the oligarchs, kleptocrats and gangsters. Though the UK prides itself on values of fair play and the rule of law, few countries do more to frustrate global anti-corruption efforts. From the murky origins of tax havens and gambling centres in the British Virgin Islands and Gibraltar to the influence of oligarchs in the British establishment, Butler to the World is the story of how we became a nation of Jeeveses – and how it doesn't have to be this way. 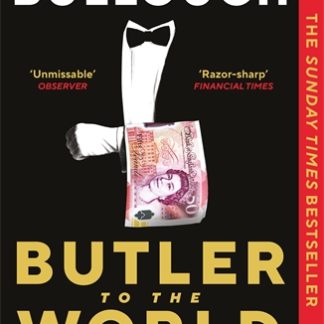 You're viewing: Butler to the World (B Format Paperback) £10.99
Add to basket