Eyewitness accounts and skilfully woven reconstructions of the Battle of Caen, one of the darkest struggles of World War Two.

The D-Day landings of June 6th 1944 did not bring immediate victory, that first foothold on French soil was won at enormous cost and for the next two months a fierce battle raged for control of the key town of Caen. Using the eye-witness accounts of those who took part in the fighting, both Allied and German, and of the French civilians caught up in the conflict Alexander McKee reconstructs the struggle to secure the Allied position in Europe. With fearful losses on both sides (and among the civilians) the Battle of Caen ranks as one of the most terrible episodes of World War Two. 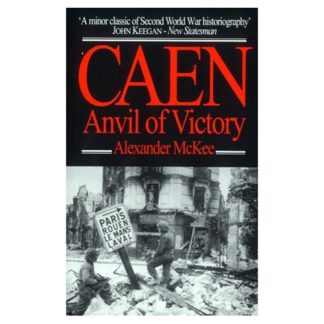