Clarks: Made to Last (Epub)

Clarks' reach extends to all corners of the globe and yet it remains a family-owned business firmly rooted in its Quaker origins, (unlike other well known Quaker firms like Cadburys, now part of US giant Kraft.) Founded in 1825 by two brothers, Cyrus and James Clark, the company began as a rug-making operation in the then tiny village of Street, Somerset. One day, James Clark began making slippers from off-cuts of rugs and found that people wanted to buy them. Slippers became shoes and boots – and a business was born.

Over the years it has had its ups and downs but it has always strived to remain true to its Quaker values in its commitment to the well-being of its workforce and the local community. Schools, libraries and recreation halls were built – and trade unions banned. As the sun set on the British Empire, Clarks opened up new frontiers across the world. Clarks brand logo became one of the most famous in the world. Every parent in the 1950s swore by Clarks shoes for their children as well as buying them for themselves.

But increased competition from within the UK and overseas saw concerns for the future heightened during the 1980s. A hostile bid for the company in the early 1990s saw the board and the family split. Eventually, shareholders voted to reject the bid. The company was reorganised with all its lines made outside the country. This resulted in the closure of all its UK factories and the laying off of hundreds of Clarks employees. But the outcome has been a transformation in the company's fortunes. In 2010 its profits were over £100 million and its retro desert boots and other styles have become the height of fashion, especially in China and America. 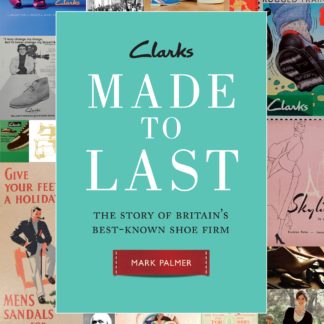