In the waning days of World War II, a little-known battle took place under the frozen seas off the coast of Norway … and changed the course of the war.

As World War II was nearing its end Hitler desperately tried to land a decisive blow against the Allies. He ordered U-Boat U-864 to transport blueprints, parts and scientists to Japan, providing the Japanese with Germany's most advanced rocket and aircraft technology. It was a decision that could have lengthened the war. With this technology the Japanese would divert more Allied troops to the war in the Pacific and give Germany time to regroup. British codebreakers based at Bletchley Park discovered Hitler's plan and, working with the Norwegian resistance movement, the RAF sent its 'Dambuster' squadron on bombing raids against German naval installations in an attempt to destroy the U-Boat and its deadly cargo. However, U-864 evaded all attempts to destroy it and was able to slip out to sea. Off the Norwegian coast the British submarine HMS Venturer lay in wait for the U-Boat, and the two would engage in a cat-and-mouse battle that would change the course of the war. It is the only recorded instance of a submarine being sunk by another submarine while both were submerged and many of the men abroad HMS Venturer would be awarded for their courage by King George VI. Jerome Preisler and Kenneth Sewell recreate one of the least-known, but most crucial, victories of World War II. Drawing on military and naval archives, interviews with those involved and archive photographs Code Name Caesar brings the tense, action-packed underwater battle alive with all the suspense of a thriller. 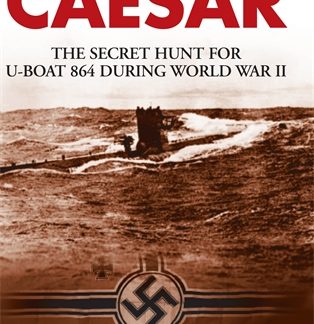