A book about the resurgence of interest in the idea of reincarnation.

The age-old belief in reincarnation is enjoying a revival. More and more people are asking 'is this all there is?' and opening themselves up to the possibility of returning to life in new bodies to continue their spiritual growth. Reincarnation is not exclusive to the Hindu or Buddhist religions, it is part of the history of mankind. The Dalai Lama has written of this book that "it will contribute substantially to explain and interest the average westerner in the subject of rebirth." In Coming Back Alive Joe Fisher explores the origins of belief in rebirth and examines the evidence for life after life while placing ideas of human reincarnation in the context of the life of the universe. Joe Fisher began to research past and future lives in 1982, the more deeply he delved the more he was swayed by the large body of evidence that supports the case for reincarnation. He first published his findings in 'The Case for Reincarnation' but has now revised and updated his work under the title Coming Back Alive. Including new material on the discarnate realm between incarnations, new developments in past-life therapy and childhood reincarnation memory of earlier lives and describing the continued progress made in reincarnation research since the original publication this is the most comprehensive account available. 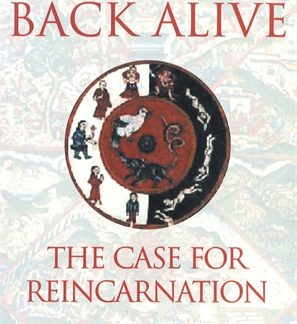 You're viewing: Coming Back Alive (Epub) £9.99
Add to basket