From Dracula to Twilight, the vampire remains a source of cultish fascination. This book examines the history of the folklore and cultural manifestations.

Possibly the most comprehensive book ever published on one of the world's oldest, and most terrifying, legends. The vampire is one of the most potent and enduring symbols of the supernatural, as deathless as Bram Stoker's perennially popular creation Count Dracula. As this entertaining and encyclopaedic work reveals, vampires were around for centuries before Count Dracula appeared. Legends about vampires are found in folklore throughout the world, dating back to ancient times and over the years they have never lost their power to inspire fear. Combining erudition with readability Leonard Ashley presents vampire lore from around the world, gathering together many unexpected facts about the dead and 'undead', about hangings and summonsings, and reports of manifestations that cannot be lightly dismissed. Whether you are incredulous, sceptical or simply curious you will find this darkly enjoyable survey irresistible. Its listings of films and books make it a valuable resource for fans while its wealth of rare illustrations are fascinating. 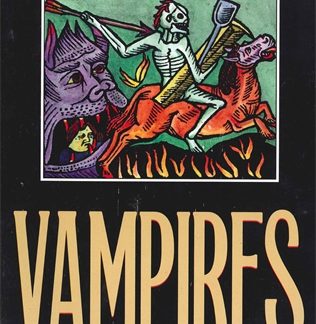 You're viewing: Complete Book of Vampires (Epub) £10.99
Add to basket