Malcolm Lambert's investigation of the medieval origins of crusade and jihad casts a clear light on their contemporary meanings in the West and Middle East.

Malcolm Lambert investigates the histories of Christianity and Islam to trace the origins and development of crusade and jihad. In a narrative that brims with larger than life characters – among them, Richard Lionheart, Nur al-Din, Saladin, Baybars and Ghengiz Khan – he describes the fiercely fought struggles to control the sacred places of the Middle East between the seventh and thirteenth centuries.
Crusade and jihad are often reckoned two sides of the same coin but this simple opposition, the author shows, conceals crucial differences and similarities. From the outset jihad reflected tensions within as much as outside Islam. Jihad also described the struggle between good and evil in the souls of believers. Calls for crusade and jihad disguised ambitions for power and plunder, but they also equally inspired acts of chivalry and heroism.
Malcolm Lambert then moves to the more recent history of jihad and crusade. In nineteenth-century France he finds imperialism configured as a crusade to enlighten the barbarians. Meanwhile in Britain one of the crusading orders transformed itself into the St John Ambulance Brigade. More recently in the USA crusade has been evoked in the war on terror while jihad is now the rallying cry for Islamic extremists round the world. Yet, Dr Lambert notes, it still retains its peaceful spiritual dimension.
Crusade and Jihad is a vivid, balanced account of two of the most powerful forces of history. 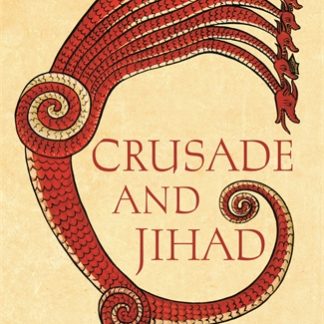