How Dublin grew from Viking settlement to capital city of Ireland: a one-of-its kind comprehensive history of one of the most popular cities in the world. Now available in paperback

Dublin has many histories: for a thousand years a modest urban settlement on the quiet waters of the Irish Sea, for the last four hundred it has experienced great – and often astonishing – change. Once a fulcrum of English power in Ireland, it was also the location for the 1916 insurrection that began the rapid imperial retreat. That moment provided Joyce with the setting for the greatest modernist novel of the age, Ulysses, capping a cultural heritage which became an economic resource for the brash 'Tiger Town' of the 1990s.

David Dickson's magisterial survey of the city's history brings Dublin to life from its medieval incarnation through the glamorous eighteenth century, when it reigned as the 'Naples of the North', through to the millennium. He reassesses 120 years of Anglo-Irish Union, in which Dublin – while economic capital of Ireland – remained, as it does today, a place in which rival creeds and politics struggled for supremacy. Dublin reveals the rich and intriguing story behind the making of a capital city. 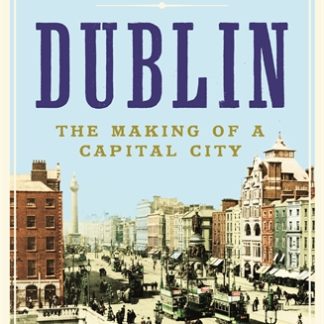