The European Union is in inexorable decline. The outlook is gloomy for the economy and nobody listens to European politicians. Any authority or power that it once had on the world stage is being lost, and its claims to the moral high ground in international affairs are increasingly shaky. But this lamentable state of affairs is neither inevitable nor irreversible. The emerging new world order offers opportunities for the EU, if it can only act systematically and develop a new cosmopolitan strategy based on principled and consistent support for universal values. Here is a bold analysis of the problem and a brilliant proposal for a remedy.

'Richard Youngs has produced a passionate but clear-headed analysis of Europe's shrinking status in world affairs. Sarkozy and Merkel should read and react to this wake-up call to reverse Europe's decline before it is too late.' Denis MacShane MP, Britain's longest serving Europe minister 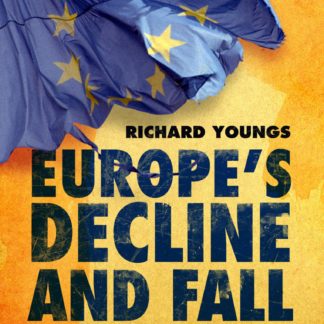