The Greek and Roman body in all its (surprisingly human) glory

'A gloriously intimate tour of the body in antiquity' Gavin Francis

'Vout tackles a huge range of ideas and subjects with irrepressible energy … full of arresting, sometimes startling ideas and facts that topple the Greeks and Romans from their lofty, pristine, snow-white pedestals' Guardian

The Greek and Roman body is often seen as flawless – cast from life in buff bronze and white marble, to sit upon a pedestal. But this, of course, is a lie.

Here, classicist Caroline Vout reaches beyond texts and galleries to expose Greek and Roman bodies for what they truly were: anxious, ailing, imperfect, diverse, and responsible for a legacy as lasting as their statues. Taking us on a gruesome, thrilling journey, she taps into the questions that those in the Greek and Roman worlds asked about their bodies – where do we come from? What makes us different from gods and animals? What happens to our bodies, and the forces that govern them, when we die? Vout also reveals the surprising actions people often took to transform their bodies – from sophisticated surgery and contraception to body oils, cosmetics and early gym memberships.

You've seen the paintings, read the philosophers and heard the myths – now here's the classical body in all its flesh and blood glory. 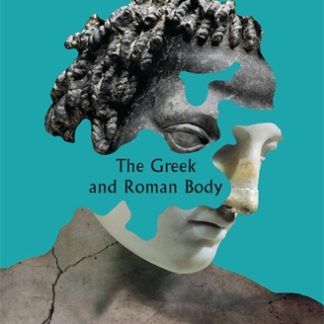