The renowned economist who forecast the credit crunch identifies and analyses the factors undermining the unprecedented efforts of nations to pull their economies out of the Great Recession.

In his previous books, The Bill from the China Shop and China and America: A Time of Reckoning, Charles Dumas was the first to identify the existence and potential impact of the Eurasian Savings Glut – most importantly how it would push US mortgage borrowing to excess, precipitating the global credit crisis. As we now strive to rescue the international financial system, he points to uncomfortable truths about the conflicts ahead.

The US has reverted to debt-driven growth (this time, government debt), and its economic benefit is waning while the risk increases. China is veering back to export-led growth and large surpluses, increasingly at others' expense. Europe is squeezed between them, and the fixed-rate euro system is creating a subsidiary set of extreme imbalances: the Mediterranean cannot expand demand, while north-central Europe will not expand it. Globally, the choice may soon be between serially degrading US federal credit or putting up trade barriers. The first would undermine the world financial system, but the second would damage world trade, at huge expense to real incomes everywhere.

Globalisation Fractures confronts the inherent conflicts as issues to be urgently addressed. This is the battleground upon which the future of the global economy will be determined. 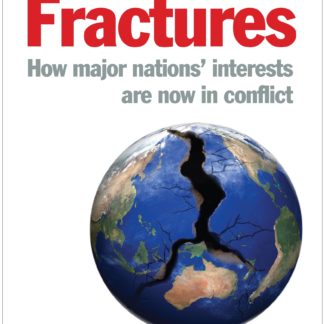